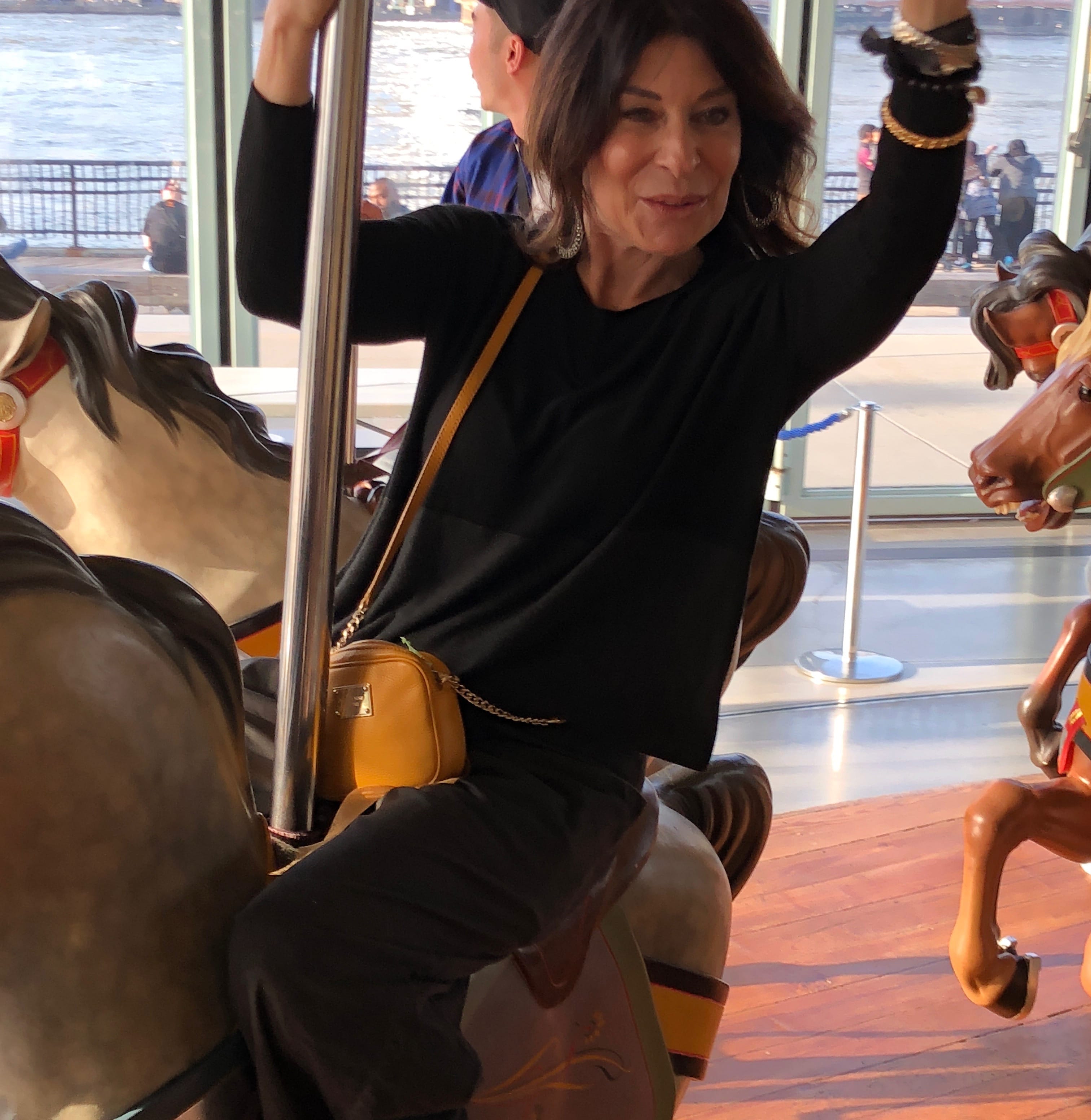 Toni Natalie remembers the woman she was before Keith Raniere.

She had a home in Rochester with a solid husband — a good partner — and a newly adopted baby boy. She was still young, in her early 30s, surrounded by friends, and hopeful for her future. She couldn’t have conceived the trials that were in store for her.

Toni had heard the legends. Keith was one of the world’s top problem solvers. He had a 240 IQ, one of the highest ever recorded. He could speak in full sentences by the age of two, and by 4, he understood quantum physics. He was a judo champion, a ski instructor, a self-made millionaire, and could play seven instruments.

This was in 1991, and Consumers Buyline, the company he founded and that Toni worked with, was a fast-growing success.

In person, Keith was unassuming, even shy. Surprisingly short. He had rosy cheeks and a bounce to his step, a mullet-esque pageboy haircut and George Costanza glasses. He reminded her of Little Lord Fauntleroy. He had the arcade game Vanguard in his garage, and he looked like it.

Keith took an immediate interest in Toni. He helped her quit smoking. They spent hours on the phone together, talking about her about marriage, her dreams, her work. Keith told her it was a way to heal, to relive her memories of childhood sexual assault over and over and over again. When he told her to leave her husband, she did. When he told her that they were fated to be together, she believed him. When she fled him, after eight years, he threatened her: “I will see you dead or in jail.”

What followed was two decades of torture. She was harassed, stalked, chased through courtroom after courtroom, and nearly imprisoned twice by Raniere’s well-funded “terrorism by litigation” machine. She lost everything: her son’s childhood, two husbands, homes, careers, her brother, and both her parents.

Keith has been the overwhelming constant for nearly half of Toni’s life. And while the woman she remembers from long ago is gone, the woman she is today beat Keith Raniere. Because he was right — sort of. The next time he saw her, one of them was in jail. After holding her breath for so long, she can finally exhale. She can start a new life.

… but not quite yet. While the arrests of Raniere and Allison Mack are a good start, it is only the beginning. The literal fortunes that flowed through NXIVM ensured the silence and complicity of many co-conspirators. For Toni — and so many other victims — there are still plenty of orange jumpsuits to be filled before this can be called over.

Tell us your story

Do you have a story to share about Keith Raniere, NXIVM, DOS, Consumers' Buyline Inc, or National Health Network? Contact us here. This is confidential. Your information will not be shared without your permission.